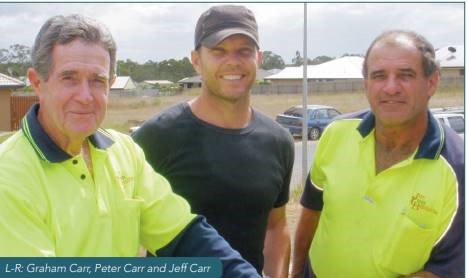 The Carr family dynasty of bricklayers involving grandsons, nephews, uncles and cousins have been building in Queensland for almost 100 years. The trade has been a staple of the Carr family in Rockhampton for nearly 100 years; Jeff has contributed 51 of those and is finishing this month. 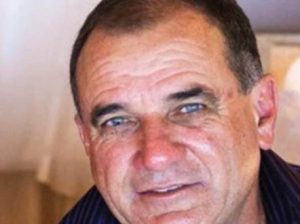 Jeff was born in Rockhampton in 1955. He lived in Rockhampton all his life. Bricklaying was a family tradition. The Carr name has been laying bricks in Rockhampton since approx. 1923. Jeff’s first day of work was in 1970. Jeff believes the technology has surely improved over the years; however, bricklaying is still for the ones who are ready to put in the hard yakka, to reap the rewards. Jeff says “as compared to the previous times, we see a lot more brick houses now – going back when I started there were a lot of timber houses.”

Jeff Carr says the best thing about bricklaying was, “The achievement of having created something that stood for a long time.” Carr family has laid millions of bricks and all of them laid to a line, level and plumb.  ABBTF has worked closely with Jeff, since the inception of ABBTF, and have supported Jeff in finding the right apprentices over the years. Tony Bishop (National Manager ABBTF) recalls a great relationship with Jeff Carr, as the Carr family in Rockhampton nearly completes CENTURY-old bricklaying history.

The Villa Mar Colina units in Yeppoon were a highlight of Jeff’s decades in the industry, as well as buildings at the grammar schools in Rockhampton. The town’s growing with continued roadworks has created a lot of work and opportunities.

Jeff thanks his friends and family for five decades of good spirits. Caravanning is next on the Jeff’s to-do list.

Now that is a bricklaying dynasty for you! Entire team at ABBTF wishes Jeff all the best for his future endeavours.