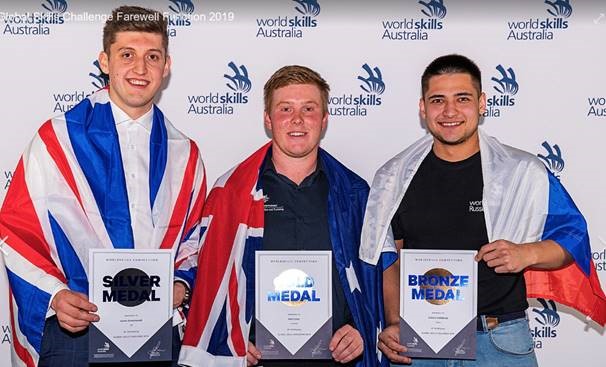 WorldSkills Australia is a social enterprise that passionately believes skills drive the future of young people, and of Australia. This year, 500 competitors and officials, from 16 different countries will be taking part in 24 different skill competitions. Hosted in several Victorian TAFE institutes, including; Holmesglen Institute, Kangan Institute and RMIT University.

The Global Skills Challenge was held in Melbourne last week in conjunction with the Victorian Skills Commissioner and WorldSkills Australia, it was one of the biggest international skills excellence competitions held in recent years with the Australian competitors achieving great results.

15 competitors will be going to Russia for the WorldSkills International competition in August, including Paul Coon who won Gold in Bricklaying. Paul competed against the best bricklayers from countries such as the United Kingdom, China, Russia and more. Bricklayers were given four days to complete a range of different builds, all testing essential and creative skills.

Paul Coon took Gold at the Global Skills Challenge 2019 ahead of Lewis Greenwood (UK) who took the silver and Sergei Kherkun (Russia) who will go home with the Bronze.

The competition was extremely tough, with competing countries travelling so far, there was a lot on the line for everyone. On the second day of the competition, we visited Holmesglen Institute (where we also host our Bricklaying Work Ready Programs) and saw the great effort put in by the competitors.

The competitors used their skills on a tram build, which was quite an intricate design.

GlobalSkills was a great opportunity also for the competitors to see where they size up against their opposition for the upcoming WorldSkills International event in Kazan, Russia this August.

Well done to all participants across all disciplines, especially those in Bricklaying.