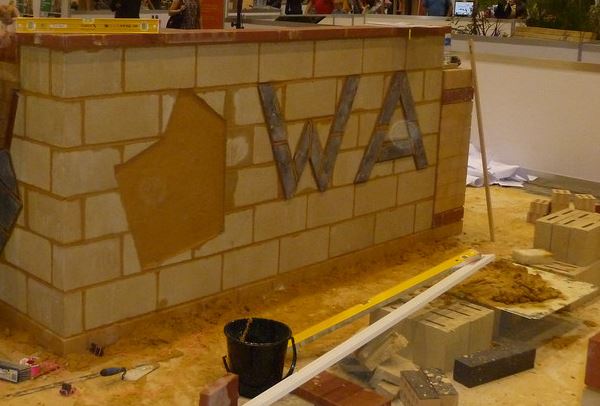 The Brick and Blocklaying industry today strongly disagreed with the UDIA’s report claiming inadequate support has been provided by the industry to meet demand.  This industry has often been affected by the ups and downs of the economy and the changing demands of the construction industry.  This is now the case in Western Australia where the idea of new and more cost-effective building materials is being discussed, in relation to market demand.

According to Michael Morrissey, CEO of the ABBTF, the UDIA Report failed to consider that the bricklaying trades can rise to meet the extra demand once the market has recovered.

“This was clearly demonstrated in the 24-month period between June 2013 to 2015, when WA Bricklaying Apprentice numbers sharply increased and met the demand for a skilled workforce.  In fact, they rose from 306 to 631, an increase of over 100%, resulting in an additional 325 Bricklaying Apprentices who started work in the industry. “ Mr. Morrissey said.

“The Australian Brick and Blocklaying Training Foundation is a clear example of the commitment the industry has made in training and skilling to ensure it remains a relevant, viable part of the construction sector,” he said.

In WA it has been the industry’s financial contribution, through the ABBTF, that has made sure that the demand for skilled workers has been met particularly in times of high demand.

“More importantly, through our successful Work-Ready-Programs and Try-a-Trade Programs we have a ready stream of young people prepared to work in the industry,” Mr. Morrissey said. In WA our programs have ensured that the number of bricklayers in the 25 to 29 age group have actually increased (2016 Census Data).

As the market picks up the demand will again be met by brick and block layers who can effectively work as part of a construction team, having accumulated a high level of skills and knowledge through training and assessment.

“We agree that double brick homes will continue to play the leading role going forward and through the assistance of ABBTF, the tradespeople will be available when the market picks up” Mr. Morrissey said.